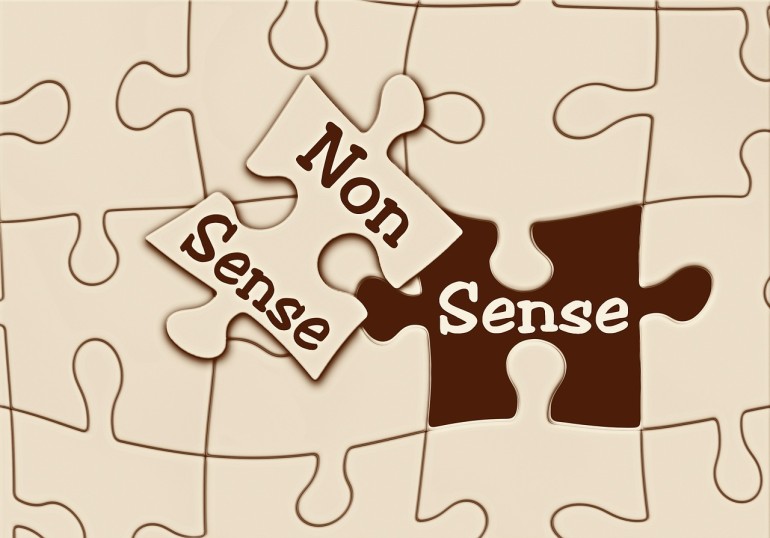 I believe we are on the verge of a very interesting phenomenon where we will begin to see savvy Internet marketers using tactics that allow them to quickly surpass established social influencers and thought leaders in terms of both follower count and engagement levels. This is happening during a time when both influencers and brands still see follower counts and engagement levels as a primary measure of influence (see chart below). 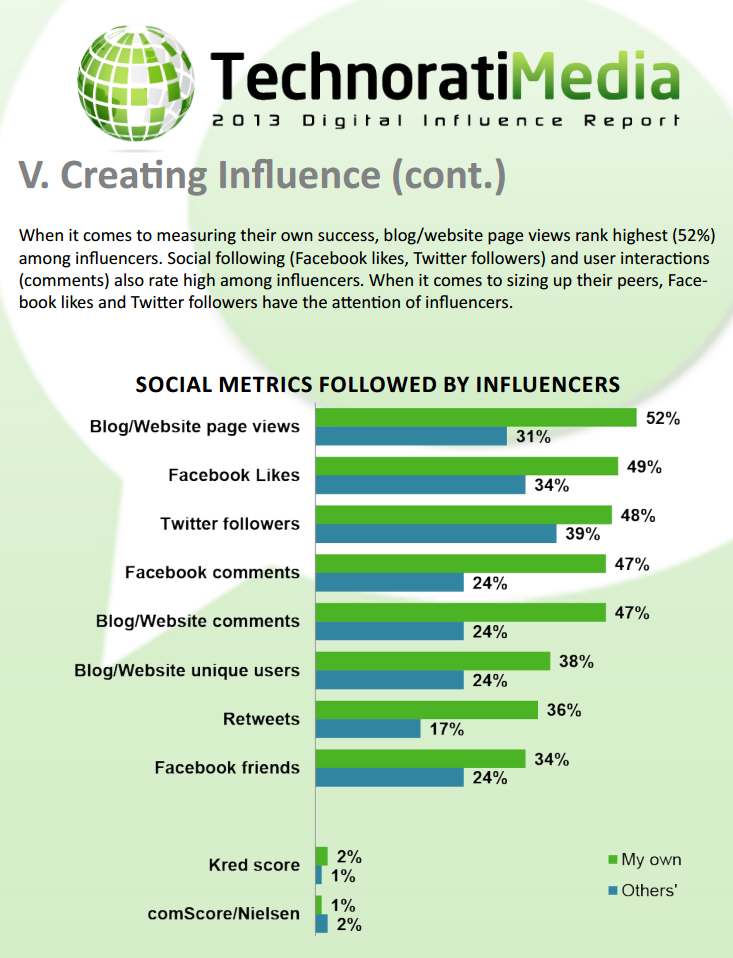 With this information in hand, is it any wonder that increasing follower count by any means necessary and targeting high engagement rates by posting content that appeals to the masses, such as cat memes, inspirational quotes and landscape photos, seems to be the main goal for so many marketers and brands?

And… is there anything wrong with that?

Measuring Influence: The Numbers Can Lie

It is just too easy to increase follower count, likes, follows, etc. in order to use these numbers alone as an accurate measure of anything. The numbers can be manipulated; followers can be purchased, inactive, untargeted, irrelevant, uninterested, unreachable or fake. The same is true for measuring engagement (likes, comments, shares, plusses, retweets, etc.); these can be too easily gamed, purchased, automated, etc. or just plain irrelevant to be an accurate way to measure anything.

The fact is that numbers can lie; however, knowing that is one thing and believing it is another.

Just the other day, I was looking at +Google Plus Follower Stats by +Giovanni Totaro
(https://addons.mozilla.org/en-US/firefox/addon/google-plus-follower-stats/) and noticed that there were several people with follower counts in the millions following me; of course, I immediately added them to my influencers circle. Even though I “understand” that I shouldn’t be using these numbers as a measure of influence, I still “believed” (initially) that they belonged in my influencers circle, and maybe they do, but not solely because they have a high follower count. Again, even though I “knew” that having a large number of followers isn’t an indication of influence, my initial reaction proved that I don’t really “believe” it, or at least not at first glance.

Another measurement and statistics tool, +CircleCount (http://www.CircleCount.com), uses several calculations to determine which Google+ profiles, pages and communities have “highly engaging content” to help give an indication of who is “generating the most interactions, in total and across their follower base.” While this is a more helpful measure than simply ranking by follower count, it is still does not measure influence. Again, this information is useful, but not as a measure of influence.

Don’t get me wrong, I think that tools like the ones mentioned above are a great starting point to find people to follow and connect with, including influencers; however, common sense must enter into the equation.

The size of a persons audience, gained naturally or otherwise, really doesn’t matter when it comes to measuring influence; what matters is whether or not they have the ability to persuade their audience to take a desired action. While massive follower counts and high engagement rates might get someone on your “influencer radar,” common sense should not be taken out of the equation when it comes to determining whether or not their influence is relevant to your industry, your needs or your goals.

Let’s face it: cat memes, animated gifs, beautiful photos, inspirational quotes and other “fun” or “entertaining” posts on average appeal to a larger mass audience and are easier to consume (and then to like, plus, reshare, retweet, etc.) than a thoughtfully written post by a highly respected influencer or thought leader. By building a large following count (using whatever means necessary) and then entertaining the masses resulting in a high engagement rate, saavy marketers are in the perfect position to be seen as influencers; and in fact, they may very well have the ability to persuade their audience to take an action, in which case they are indeed influencers. The question is:

Moe than half the brands surveyed say they have “earned media goals” and in terms of measuring their campaigns, they define success as increased activity and traffic on Facebook, Twitter and their websites. Considering how easy it is to manipulate follower count and engagement, these are poor measures of success.

Brands need to realize that just as influence has little to do with the size of a persons audience, common sense should tell us that a successful influence marketing campaign needs to be redefined from increasing likes or traffic to generating targeted leads or actual sales. Finding influencers is the easy part; finding the right influencer for your particular campaign and declaring it a success is altogether different.

If you liked this article, please share it on your favorite social media platform by clicking one of the buttons below. Thanks so much! 😀